A decision to run any advertising campaign has its source in the objectives, is conditioned by resources (budget) and depends on how the target group matches the population of Internet users. The first step we should take to run the campaign is writing down a plan, i.e. a brief of the campaign. Regardless of whom the campaign will be run with, such a document (a brief) will prevent you from overlooking important elements on any stage of the campaign.

The most important items in the plan are:

A full campaign service can be best provided by an interactive agency, which takes care of an action plan, the concept of the message, creation of advertising means of conveying, buying media and handling the airing process. Depending on the size of the agency, it can use the support of additional partners, such as media houses.

A media house is a partner you talk to when the only thing left is to buy media. In other words, when the concept, action plan and creation already exist and the only thing missing are the places where the adverts will be aired. Media houses are geared to handling rather large campaigns. In the case of actions on a smaller scale, it is worth considering a direct contact with web portals and advertising networks.

Not everyone knows that when a client contacts a web portal directly they can also count on creation and preparation of banners. Moreover, if they do so, they can get even more, e.g. an offer of a non-standard advert form or support from the editorial team. Contrary to popular opinion, web portals talk not only with big and well-off clients.
The largest web portals:

An alternative to a web portal are advertising networks. Their functioning consists in grouping of hundreds of small websites which, because of a relatively small traffic, are not able to win advertisers on their own. As it groups websites dealing with similar subjects and having similar target groups, an advertising network is able to sell attractive advertising space and at the same time guarantee profits to publishers belonging to the network.
Example advertising networks:

The oldest and still the most frequent model of calculating the cost of online adverts is the cost per view model, i.e. CPM and Flat Fee (price for a specified airing time, which is most often a week or a month).
A model which has been gaining in popularity on basically all markets for the last few years is the PPC model, where the client pays only for clicks. In this case, the risk connected with the effectiveness of creation is taken by the publisher. This option sounds very attractive and enables you to plan the campaign and its effectiveness in detail. However, although more publishers have been introducing this model to their offer, the cost per view model is still very popular. That is because of the fact that a well-planned campaign which is based on effective creations proves to be more cost-effective in the cost per view model. Put simply, PPC is more economically viable than CPM only if we assume a relatively low CTR.

The cut-off value of CTR above which the CPM model becomes more cost-effective can be calculated using this formula:
CTR = CPM/CPC * 0.1%

CPA is a cost calculation model, where the publisher accepts even more of the advertiser’s risk. In this model, the advertiser pays a fixed amount only for specific actions carried out as part of the advertising campaign. An action can for instance be registration on the website, a file download or even a product purchase. The fixed amount mentioned above must of course cover the risk of the publisher, which means the amount is not small. What is more, the CPA model is available only for campaigns of a specified minimum budget.

Creation and means of conveying

The importance of creation for the effectiveness of the campaign cannot be overstated. Unfortunately, when the agency prepares banners, it must reconcile the willingness to use the most effective tool (video, interactions) with technical limitations imposed by the publishers (maximum size, number of frames per second in an animation). Every portal and advertising network has its own limits and technical requirements (e.g. the way of incorporating a link into a Flash banner).
For more information on Internet advertising forms check the article “Internet advert forms – types, formats and sizes of banners and not only”.

A kind of derivatives of targeting are: 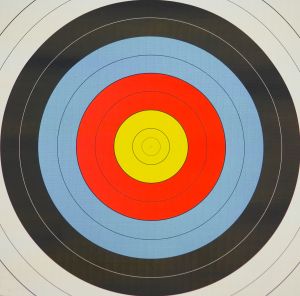 Targeting increases cost-effectiveness of actions in that it prevents adverts from being shown to users from outside a target group. Unfortunately, using more targeting features means a ten or more per cent rise in the CPM rate.

A thing responsible for a proper displaying of adverts and registering related actions (e.g. clicks) is an ad server. This is specialised, highly efficient software which is usually handled by a portal or advertising network. It is very rarely the case that smaller websites keep their own ad servers.
Data on the effects of advertising activities which are gathered by an ad server are available in the advertiser’s panel, which is handled by a person directing the campaign. This person can not only observe the effectiveness of individual creations and locations but also optimise them on an on-going basis. An effective campaign handling requires knowledge and skills but this is one of added values delivered by interactive agencies.

When you order a campaign in an agency or through a media house, you should not be afraid of an additional margin because it is added to the prices after a discount. Media houses and interactive agencies usually receive a discount of 30 to 70 per cent on the initial price (rate card).
I recommend reading the “advert” section of the key market players and especially reading the price lists which are publicised there. They help understand the structure of price offers, i.e. packages, formats, extra charges for targeting etc.

Internet advert forms – types, formats and sizes of banners and not only

The market selected the most popular formats in a natural way a long time ago; these were then subjected to...